The use of unauthorised introducers of business to regulated entities has long been a grey, sometimes murky area.

Many have believed the relationships between unauthorised introducers and regulated entities often led to confusion and mis-information being passed onto the consumer at the very outset of the contemplated transaction.

The Sipp industry has been no exception to these relationships. Unauthorised introducers have often liaised directly with a consumer about the transfer of assets in the consumer’s pension into exotic or high-risk investments, regularly receiving a substantial commission if an investment was made, before passing the consumer to a regulated body to undertake regulated activities.

Some Sipp providers appeared not to appreciate, or perhaps turned a blind eye to the risks of using unauthorised introducers. This is, in fact, a very risky proposition and there are real and very substantial risks of accepting business through an unauthorised introducer if the consumer’s transaction turns into a failed investment.

A very recent example of this is the Court of Appeal decision in the case of Adams v Carey Sipp. Handed down on 1 April 2021, all Sipp providers and other regulated entities who enter into regulated transactions with consumers through introductions ought to take very careful note of this decision.

By way of general background to this case, in recent years the Sipp market has suffered a number of setbacks resulting in the insolvency of many Sipp providers and losses to the consumer who entered into various investments within the Sipp wrapper.

High risk investments in land or other foreign investments were sometimes targeted at the consumer by regulated Independent Financial Advisers and unauthorised introducers.

When these high-risk investments failed, there was a flood of Financial Ombudsman Services complaints and Financial Services Compensation Scheme claims made. These were generally made against the IFA who advised or the Sipp provider itself with many upheld and resulting in costly payouts.

Among these complaints Mr Adams launched High Court proceedings against Carey Sipp on a number of grounds including the fact that an unauthorised introducer had been heavily involved in the creation of his Sipp and investments within the Sipp.

Unauthorised introducers and the SIPP provider

Many Sipp providers were content to accept an introduction from an unauthorised introducer on the basis that the Sipp provider was not liable for any investment advice relating to the product, and the Sipp itself was simply a wrapper for the consumer to select investments on their own or with the aid of an IFA.

Some Sipp providers appeared to take this a step further and were content to accept volume introductions from the same unauthorised introducers with very active relationships.

In this situation, where there had been no independent advice from an IFA and the unauthorised introducer had either gone bankrupt or disappeared; disgruntled investors then made various complaints against the Sipp provider in order to seek to recoup heavy losses from the investments in the Sipp wrapper. Many Sipp providers did not seem to appreciate the possibility that this may occur.

S27 of FSMA was a relatively unused section of FSMA in case law. At face value, however, it contained an ominous outcome for the regulated entity in that if the provider in the course of carrying out a regulated activity made in consequence of something said or done by another person (“Third Party”) in the course of a regulated activity carried on by the Third Party in contravention of the general prohibition then this made the agreement unenforceable with the other party entitled to recover the money invested and compensation for losses.

This issue (amongst other allegations) was first raised in the case of Adams v Carey Sipp in the High Court. It took over 26 months for the judgment to be published and the Sipp industry believed it had received a favourable outcome when the High Court dismissed this element of the claim reaching the conclusion that activity of the Third Party in this case did not fall within the meaning of Articles 25 and 53 of the Financial Services and Markets Act 2000 Regulated Activities Order.

At the time it was thought that this ruling relieved the Sipp industry of potentially significant liabilities which could arise from the actions of Third Party unauthorised introducers when the Sipp provider may have knowingly or unknowingly exposed itself to liability for investments made within the Sipp wrapper by the actions of the Third Party.

Nonetheless, the case was appealed on a number of grounds, including the S27 FSMA argument.

The Court of Appeal upheld this appeal on the S27 FSMA argument and the Sipp industry and other regulated entities ought to take careful note of the outcome.

Any regulated entity which conducts regulated activity through the introduction made by an unauthorised introducer will now need to carefully consider if that Third Party has overstepped the mark and breached the general prohibition with its dealings with the consumer.

If it has, then the consequences could be very serious for the regulated entity if the investment fails and the consumer seeks redress.

It is worth looking at the decision at the specifics of how the Third Party came to have breached the general prohibition in this case in order to avoid the same difficulties.

The two regulated activities the court considered were:

The main point from the judgment is that the court took an expansive view on what was designated investment business.

By way of example, if the regulated activity involves the transfer out of regulated investments and movement of these as part of chain of activities leading to the ultimate investment then the court will look at the chain of events as a whole.

This means that attempts to try and exclude liability for various steps made within the chain of events may fail. In particular where advice on the unregulated investment justifies advice relating to the regulated investment then this will tend to form the conclusion of regulated advice being given.

It is of note that the court held that the “simple giving of information without any comment will not normally amount to advice” but the “provision of information which is itself the product of selection involving a value judgment so that the information will tend to influence the decision of the recipient was capable of constituting advice.”

In summary, when viewed as a whole, the court held the Third Party had steered Mr Adams to move his monies to the Sipp in order to invest in the unregulated investment and this advice to move into the SIPP brought the activity into advising on a designated investment.

Again, this is quite a broad definition so it is easy to see how a Third Party could fall into arranging or “bringing about”.

This decision is a stark reminder that any regulated entity which conducts regulated activity through unauthorised introducers and Third Parties ought to carefully review any such arrangements and carefully scrutinise the behaviour of the Third Party.

This decision clearly demonstrates the potential for liability of the acts of the Third Party to fall squarely on the regulated entity.

This decision is also clear that it is not just the Third Party who may be liable if it oversteps the mark in relation to advising or bringing about an investment.

It is not yet clear if the case will be appealed to the Supreme Court.

This article was first published in FT Adviser. You can view the original article online here.

If you have any questions regarding the above information, or if you need general dispute related advice, please contact Christian Smith at christian.smith@seddons.co.uk or 020 7725 8073. 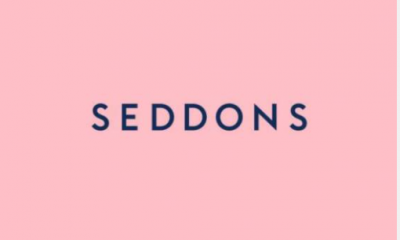 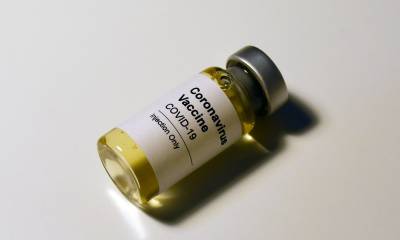 The Employment team have produced a Lateral Flow Test Policy and have updated the policy on Employees being Vaccinated against Covid-19. 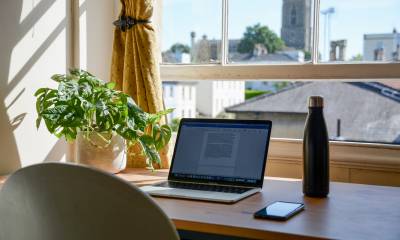 Coronavirus Job Retention Scheme (CJRS): Countdown to its phase out

Head of Employment Helen Crossland reminds employers that 1 July 2021 marks the start of the phasing out of the furlough scheme. 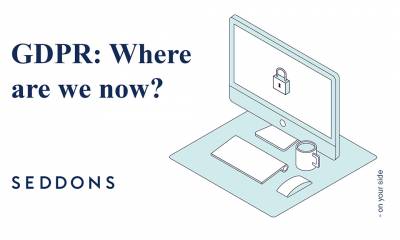 GDPR: Where are we now?

The Corporate team has put together a guide on everything you need to know regarding the GDPR. 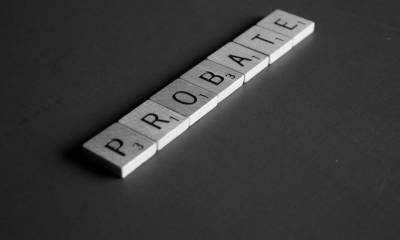 Partners Stuart Crippin and John Melville-Smith examine an example of a homemade will and how to manage the issues that may arise. 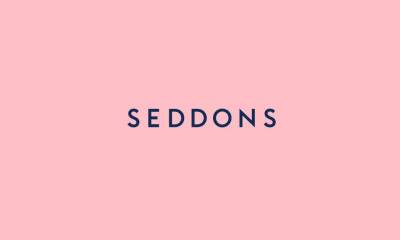 Commercial Real Estate Partner Sangeeta Somchand has been made Head of Department. 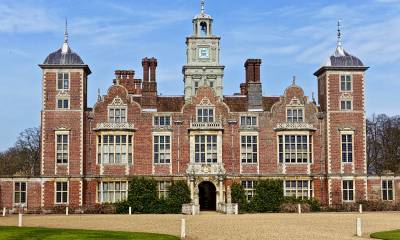 Covid-19 and Business Interruption Insurance: A plague on anyone’s house?

Dispute Resolution Solicitor Richard Raban-Williams discusses an example of the impact that Covid-19 has had on insurance coverage.